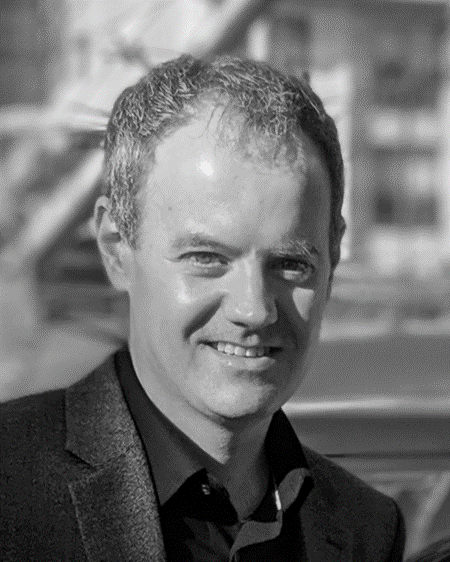 Jaret is the founder and CEO of Astrolab and has spent his 20-year career creating revolutionary space systems.  He spent seven years at SpaceX as manager of the Dragon Spacecraft Mechanisms development team where he conceived of and led the development of the novel docking system that the Crew Dragon spacecraft uses to dock to the International Space Station. Prior to SpaceX, Jaret spent a decade in the NASA Jet Propulsion Laboratory’s (JPL) Robotic Vehicles Group designing and operating robots for the Moon, Mars, and beyond. 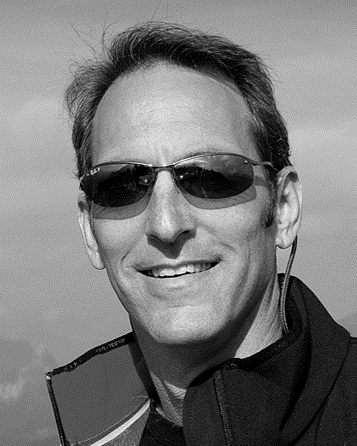 Rius is the Technical Fellow at Astrolab with more than 30 years of space flight project experience and unparalleled experience in Mars robotic and mobility systems. He has been technical lead and/or Chief Engineer on numerous programs to Mars including all of the robotic arms that have operated on the planet’s surface. Across his high-profile NASA and private sector career, Rius has participated in over 20 spaceflight projects including missions to all planets, the Sun’s orbit, asteroids and comets. 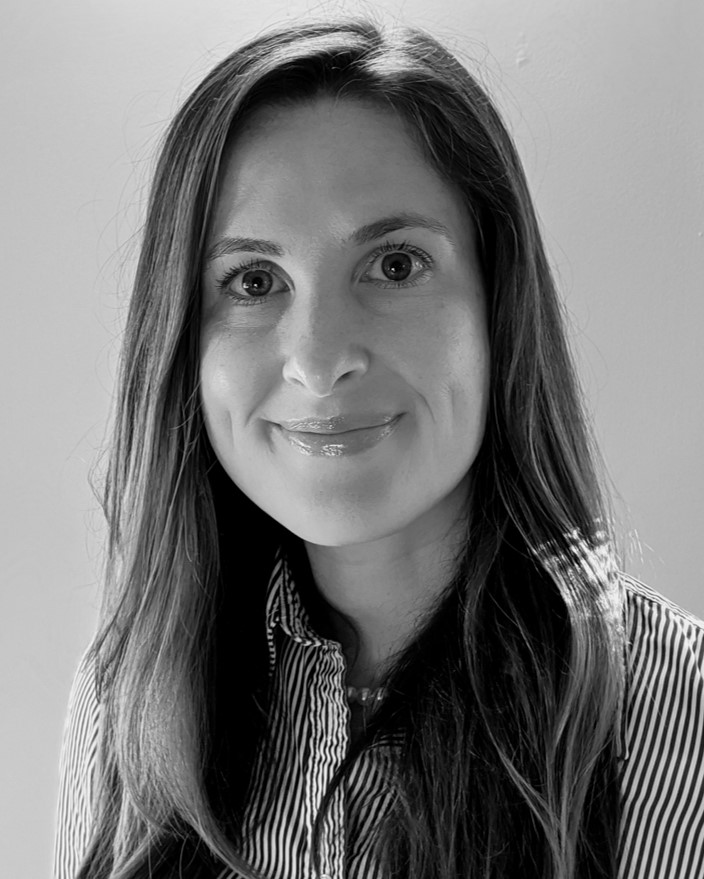 Mary brings over a decade of management and operational experience in R&D start-ups. She leverages technology and data to build efficiencies throughout the company to simplify and streamline processes. Most recently Mary worked at an eVTOL start-up in Silicon Valley, establishing and stabilizing business processes through periods of rapid hiring and business expansion. 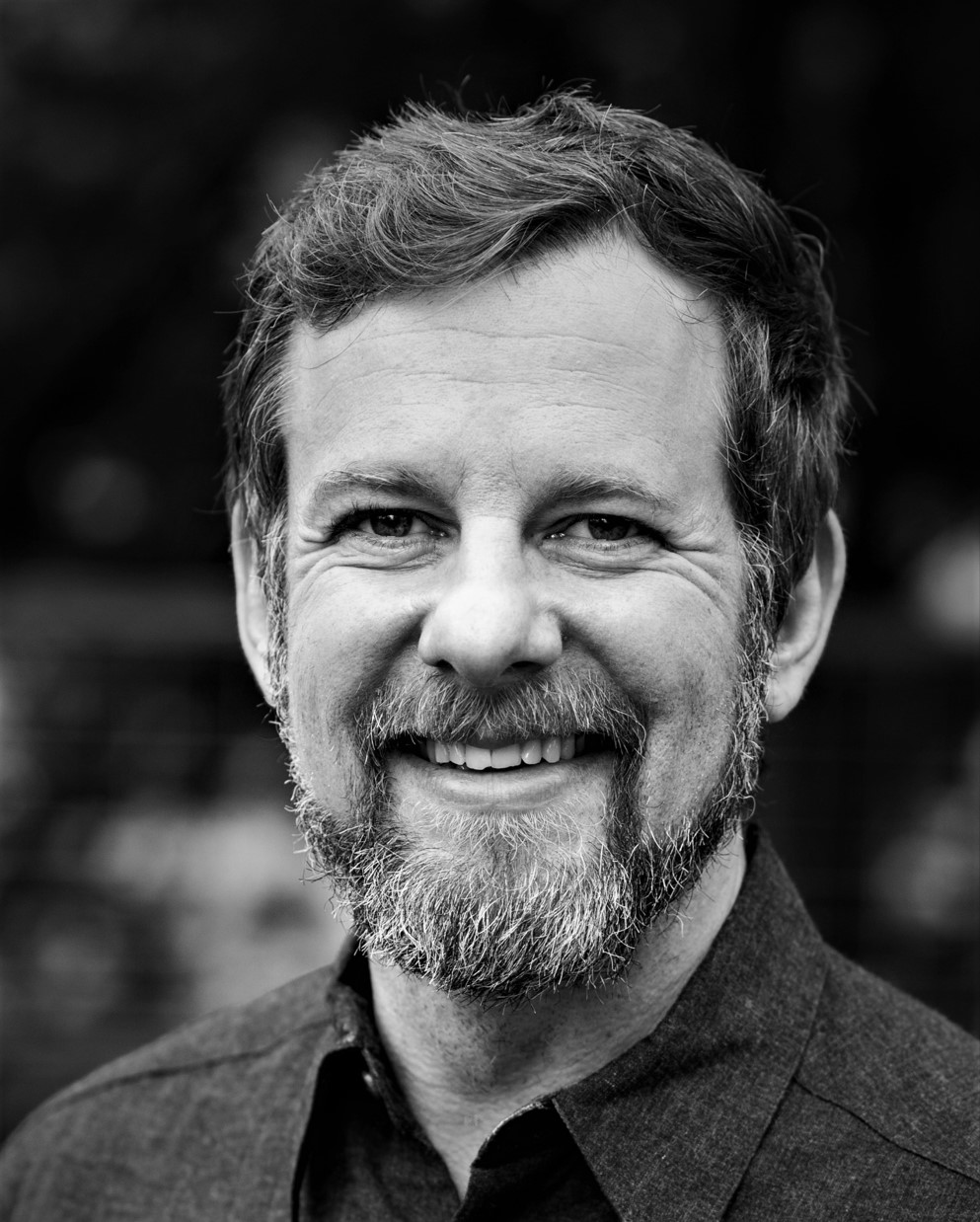 Jesse brings broad computer programming and engineering experience to Astrolab.  He started his career in 1996 at another commercial rover start-up, San Diego-based International Space Enterprises.  A strong proponent of open-source software, Jesse spent the next phase of his career integrating Linux into such devices as cameras, high-speed DNA sequencers, and clean transportation.  In 2011, he joined SpaceX where he started by introducing Linux to the Dragon and Falcon vehicles.  He then lead the effort on SpaceX's deeply embedded systems such as video, flight termination, crew audio, and in-house sensor systems.  He now helms Astrolab's world-class software team and looks forward to the challenge of lunar exploration. 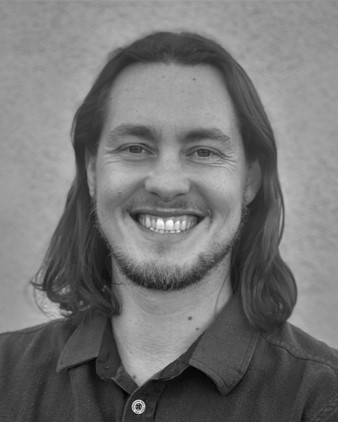 Graham is the Manufacturing Engineering Manager at Astrolab with experience in test engineering, process design and development, mechanical design, and industrial management. Graham spent the last 7 years at SpaceX supporting the Dragon 1 and Dragon 2 programs. In that time he developed and ran multiple production operations, was deeply involved in Dragon 2 DFM, and contributed to the successful reusability for Dragon 1. Prior to SpaceX, He spent 3 years at SKF developing test equipment, validating new products, and championing Six Sigma across R&D. 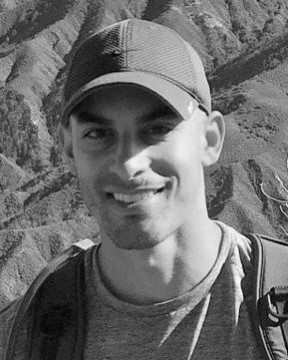 Vivake is a Principal Engineer at Astrolab who spent 17 years with NASA developing rover vehicle mobility technologies, as well as design and test methods. He led the development of non-pneumatic Moon and Mars tires and facilities to evaluate traction and durability performance. His research provided information to help configure rovers to traverse slopes and obstacles, develop traction in loose soils, as well as drive at high speed in low gravity. Most recently Vivake worked on the NASA/ESA team developing the mobility system for the next Mars rover. 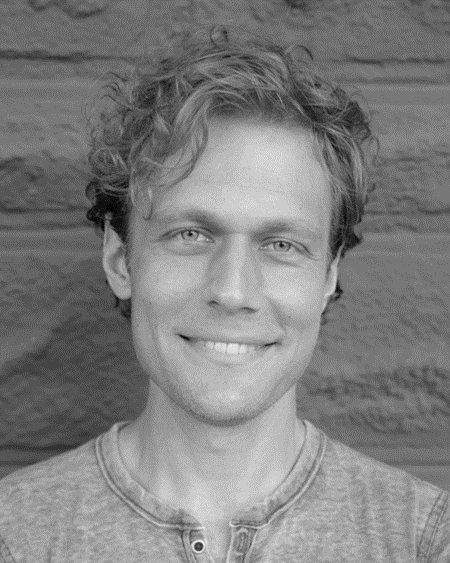 Craig is Structures and Mechanisms Lead at Astrolab who combines technical depth in mechanical systems design, cross-disciplinary leadership and demonstrated success in planning and executing field test operations. He joined Astrolab from Kitty Hawk Corporation where he led teams in the engineering of aerodynamic and electromechanical subsystems for all-electric aircraft, including the Project Heaviside eVTOL vehicle. Earlier in his career, Craig worked at SpaceX where he contributed to development of the Crew Dragon vehicle - designing and qualifying hardware for the primary structure and docking system. 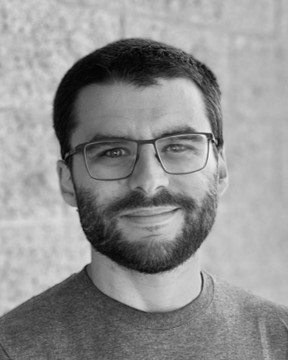 Karl is an Avionics Engineer at Astrolab with extensive aerospace and robotics experience.  Karl spent the last six years at SpaceX where he worked on every item in the SpaceX product line, from first stage engines to manned spacecraft and satellites. He designed and built fault tolerant avionics in support of Crew Dragon parachute qualification which included record setting balloon flights to the edge of space. He also designed the avionics architecture for the SpaceX recoverable payload fairing and made Go/No-Go calls in mission control for almost a dozen Falcon 9 launches. 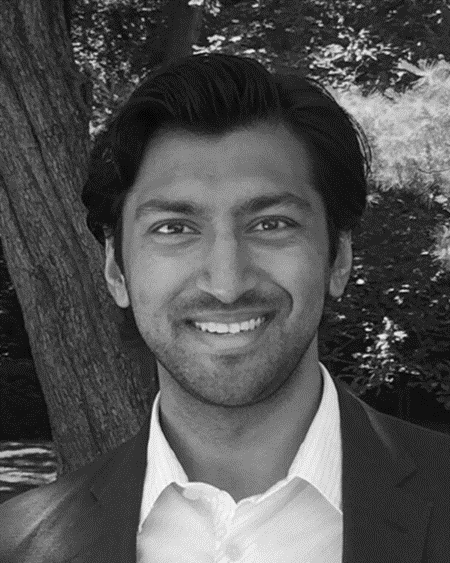 Niraj is a Software Engineer at Astrolab with 9 years of experience in rocket, spacecraft, and satellite software development and operations. Those years were spent at SpaceX, from the first cargo mission to the first crewed mission of Dragon to the ISS, developing ground software for the Falcon and Dragon vehicles. He has made critical calls and been a part of the launch teams for many critical Falcon 9 missions, including the first flight out of LC-39A and first booster landing. Niraj also led development of software for the drop test vehicles that qualified Dragon 2’s cutting-edge parachutes. 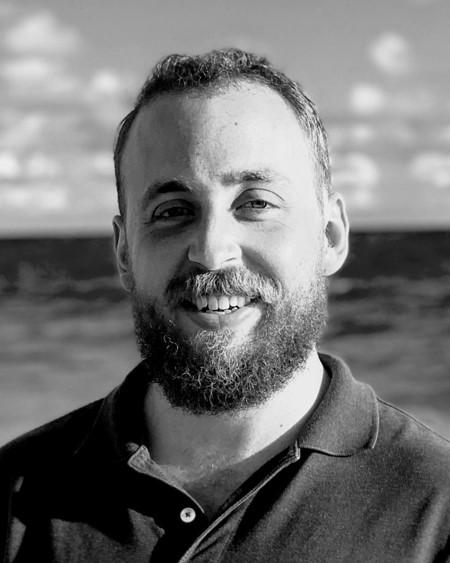 Andrew is a Mechanisms Engineer at Astrolab bringing expertise in mechanical design and analysis along with a background in dynamics, robotics and controls.  He spent the last 5 years at SpaceX working on mission-critical flight hardware across a number of projects. He was a key contributor to all facets of the development of the Crew Dragon docking system from the early stages through the first flight demonstration. Andrew was also accountable for the reliability of mechanisms flown on 13 successful Cargo Dragon ISS resupply missions. 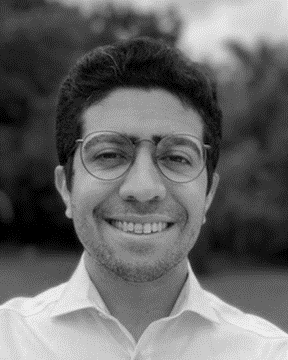 Alex is a Software Engineer at Astrolab who has built robotics software for venture-backed autonomous farming equipment, and has built flight-critical test automation systems for SpaceX that are used in all of its software, component, engine, and vehicle test campaigns today. In the robotics space, he brings experience in wheel odometry and localization in low-traction soil environments, pose estimation and control for high-DOF mechanisms, machine learning based 2D perception and visual feedback methods, and calibration algorithms for high-dimensional systems of sensors and actuators. 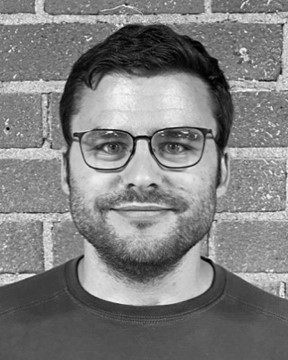 Alex is a Structures Engineer at Astrolab with a strong hands-on engineering background and experience in design-build-test across multiple industries. Alex spent several years working on launch vehicle architecture and primary/secondary structure design and qualification at SpaceX and ABL Space Systems. Most recently he led the mechanical engineering team at Bird Rides where he brought a rugged, yet cost constrained, fleet rental scooter from concept to mass production. 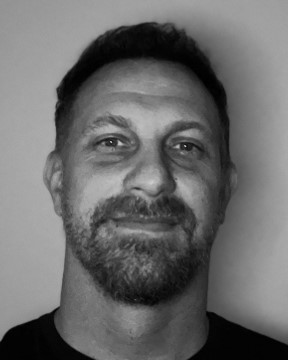 Clint is a Senior Engineering Technician at Astrolab. A veteran of the US Air Force, Clint has spent more than twenty years working on and leading teams that specialize in the engineering, design, avionics, structural fabrication/machining & repair, and planning creation systems to facilitate the creation, modification, repair, testing, assembly, and integration of complex aerospace systems. Before joining Astrolab, Clint spent five years at SpaceX as a Dragon spacecraft manufacturing specialist. Prior to SpaceX, Clint spent fifteen years working on nearly every aircraft type in use by the Air Force. 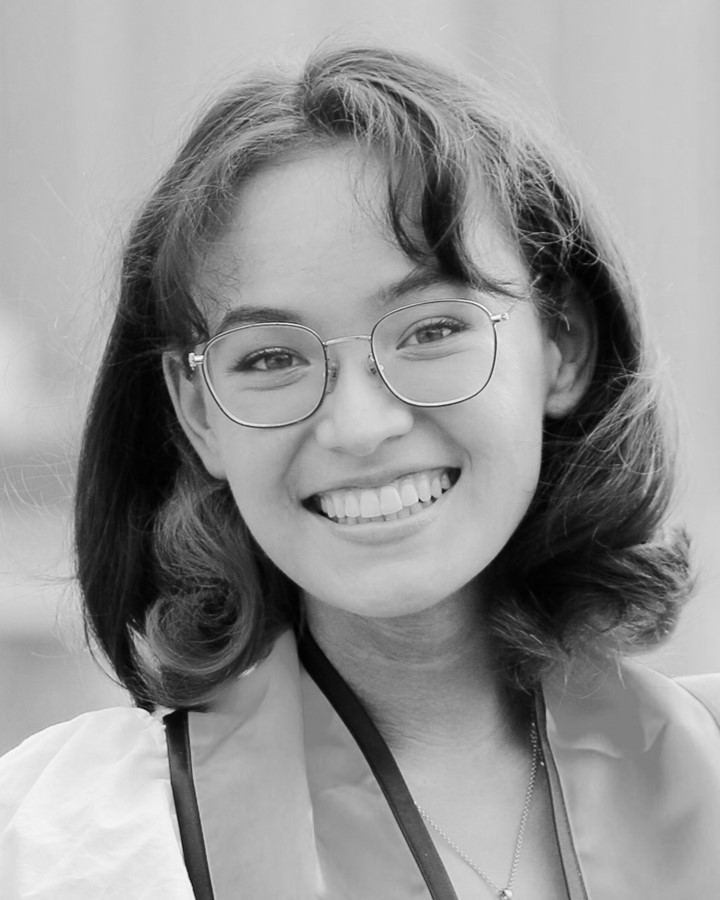 Katelyn is a Software Engineer at Astrolab with a passion for robotics software. While a student at Berkeley, she interned at the Jet Propulsion Laboratory where she simulated the umbilical tethers on the InSight Mars lander to improve operations planning. Following her internship at JPL, Katelyn went on to build an in-house testbed at Walt Disney Imagineering, where she wrote embedded software to interact with a robotic hand as well as other lighting and audio peripherals. After completing two consecutive internships with Astrolab working on rover software, she joined the team full-time. 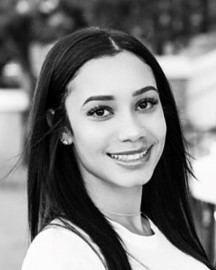 Zayna is the Administrative Assistant at Astrolab. She brings with her over 5 years of experience in project management and customer service from different environments.  Most recently Zayna was part of a software start-up based out of Santa Monica where she focused on creating administrative processes and assisting the accounting department.

Throughout the year, the Astrolab internship program hosts exceptional talent from some of the nation's top schools. Astrolab interns are charged with making meaningful contributions to challenging engineering and business problems. Our current and former interns include:

Get ready to explore.
Join our world class team and help us drive the future of planetary exploration & development.
Start Now